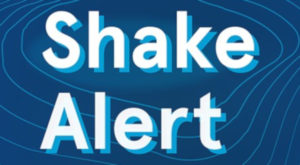 That we still are not able to accurately forecast Earthquakes like other natural disasters, e.g. Tornado or flood, makes us potentially more vulnerable to them. However, there are many researches around the globe that are aiming to predict the shake before it reaches its maximum magnitude. A recent development of this technology is regarding the performance of the early warning systems in Los Angeles. ShakeAlertLA is a mobile phone app developed by the city that transmits earthquake early warnings based on a separate, but similarly named, system called ShakeAlert and run by the U.S. Geological Survey.
An extract from an article on this topic in the Los Angeles Times follows:
“Los Angeles residents were asking that question after Thursday’s earthquake that was felt throughout Southern California, when they didn’t get an early warning from the much-anticipated ShakeAlertLA app, released by the city of Los Angeles earlier this year.
Did it fail? Not quite. The ShakeAlertLA smartphone app was only designed to alert users of cellphones physically located in Los Angeles County if there was a decent chance of destruction, with the warning system forecasting at least “light shaking,” or level 4 on the Modified Mercalli Intensity Scale.
What was actually felt Thursday in Los Angeles County, while seemingly scary, was actually not that bad. It was forecast by the earthquake early warning system as bringing shaking too weak to cause significant damage in Los Angeles County, said U.S. Geological Survey research geophysicist Rob Graves.
“It didn’t meet the threshold for the L.A. area,” said Doug Given, the U.S. Geological Survey’s earthquake early warning coordinator.
”The level of shaking in the city of Los Angeles was not damaging,” Graves said.
The USGS’ system relies on hundreds of earthquake sensors scattered throughout the West Coast. There is no public smartphone app yet available that sends earthquake early warnings throughout all of California.
However, scientists are continuing to test, refine and perfect the USGS’ ShakeAlert system that aims to provide earthquake early warnings throughout California, and eventually Oregon and Washington.
That ShakeAlert system worked — it’s just that the public does not yet have access to that information as scientists continue to refine its public delivery system. The USGS’ ShakeAlert system issued an alert about 6.9 seconds after the shaking began, Given said.”

Want to join the discussion?
Feel free to contribute!